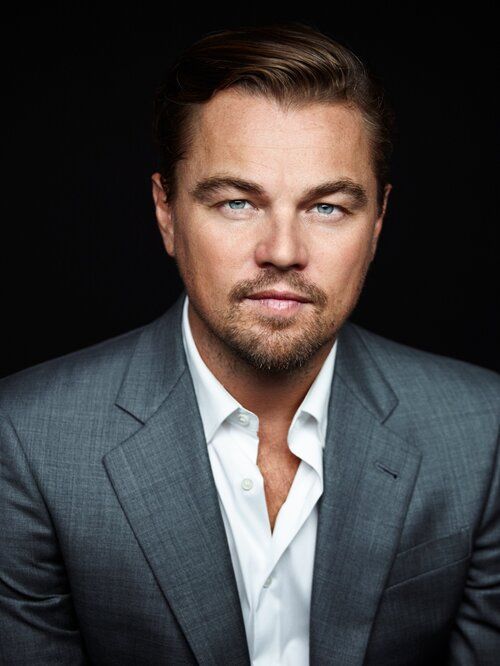 Leonardo DiCaprio is an Academy Award® award-winning actor (and five-time nominee), who has been recognized for his work as an actor, producer, and activist. DiCaprio is currently working on Quentin Tarantino's film Once Upon a Time in Hollywood, which is set to be released in summer 2019.

Previously, he worked with Netflix to release Virunga, an Oscar-nominated documentary that examines gorilla preservation in the Democratic Republic of Congo's Virunga National Park. DiCaprio produced and starred in The Wolf of Wall Street, directed by Martin Scorsese, for which he received the Golden Globe for Best Actor in a Motion Picture, Musical or Comedy, as well as Academy Award nominations for Best Actor in a Leading Role and Best Picture from his role as a producer. Prior to The Wolf of Wall Street, he starred in the blockbuster hit The Great Gatsby as well as Django Unchained, for which he received a Golden Globe nomination. As the title role in J. Edgar, under the direction of Clint Eastwood, he received Golden Globe, Critics' Choice and Screen Actors Guild (SAG) Award nominations for his work in the film. Additionally, he starred in Christopher Nolan's blockbuster Inception, and the dramatic thriller Shutter Island, which marked his fourth collaboration with director Martin Scorsese.

He previously earned an Academy Award nomination for his performance in Scorsese's acclaimed 2004 biopic The Aviator. DiCaprio's portrayal of Howard Hughes in that film also brought him a Golden Globe Award for Best Actor in a Drama, as well as Critics' Choice and BAFTA Award nominations. He was also honored with two SAG Award nominations, one for Best Actor and another for Outstanding Motion Picture Cast Performance as part of the Aviator cast. In addition to his acting work, DiCaprio launched his own production company, Appian Way. Under the Appian Way banner, he wrote, produced and narrated the acclaimed environmentally themed documentary, The 11th Hour. Among Appian Way's other productions are the aforementioned Shutter Island and The Aviator, as well as The Ides of March, Red Riding Hood, Orphan, Public Enemies, Out of the Furnace, starring Christian Bale and Woody Harrelson, Runner, Runner, starring Justin Timberlake and Ben Affleck, and Dennis Lehane's critically acclaimed novel Live By Night, written, directed by, and starring Ben Affleck. Their most recent film, Otto Bathurst's Robin Hood: Origins, was released in November 2018.

Born in Hollywood, California, DiCaprio started acting at the age of 14. His breakthrough feature film role came in Michael Caton-Jones' 1993 screen adaptation of Tobias Wolff's autobiographical drama This Boy's Life. That same year, he co-starred in Lasse Hallström's What's Eating Gilbert Grape, earning his first Academy Award and Golden Globe nominations for his performance as a mentally handicapped young man. In addition, he won the National Board of Review Award for Best Supporting Actor and the Los Angeles Film Critics Association's New Generation Award for his work in the film.

In 1995, DiCaprio had starring roles in three very different films, beginning with Sam Raimi's Western, The Quick and the Dead. He also garnered praise for his performance as drug addict Jim Carroll in the harrowing drama The Basketball Diaries, and for his portrayal of disturbed pansexual poet Arthur Rimbaud in Agnieszka Holland's Total Eclipse. The following year, DiCaprio starred in Baz Luhrmann's contemporary screen adaptation of Romeo + Juliet, for which he won the Best Actor Award at the Berlin International Film Festival. He also joined an all-star ensemble cast in Marvin's Room, sharing in a SAG Award nomination for Outstanding Motion Picture Cast Performance.

In 1997 DiCaprio starred opposite Kate Winslet in the blockbuster Titanic, for which he earned a Golden Globe Award nomination. The film shattered every box-office record on its way to winning 11 Oscars, including Best Picture. His subsequent film work includes dual roles in The Man in the Iron Mask; The Beach; Woody Allen's Celebrity; Steven Spielberg's Catch Me If You Can (receiving a Golden Globe nomination); Gangs of New York (his first film for director Martin Scorsese); Ridley Scott's Body of Lies; and Sam Mendes' Revolutionary Road, which reunited DiCaprio with Winslet and brought him his seventh Golden Globe nomination.

DiCaprio is well known for his dedication to the environment on a global scale, producing creative projects such as the documentary, The 11th Hour, spearheading numerous public awareness campaigns, and launching The Leonardo DiCaprio Foundation. He and Appian Way partnered with Netflix to produce two environmentally-themed documentaries titled Catching the Sun and Before the Flood. DiCaprio also serves on the boards of World Wildlife Fund, Natural Resources Defense Council, and International Fund for Animal Welfare.

In September 2014, DiCaprio was designated as a United Nations Messenger of Peace for his longstanding commitment to environmental activism. That same month, DiCaprio was honored with the Clinton Global Citizen Award, participated in history's largest climate march in New York City, and powerfully addressed the UN Summit.

In January 2016 DiCaprio was awarded a Crystal Award by the World Economic Forum for his work bringing global attention to the urgent need to address climate change.